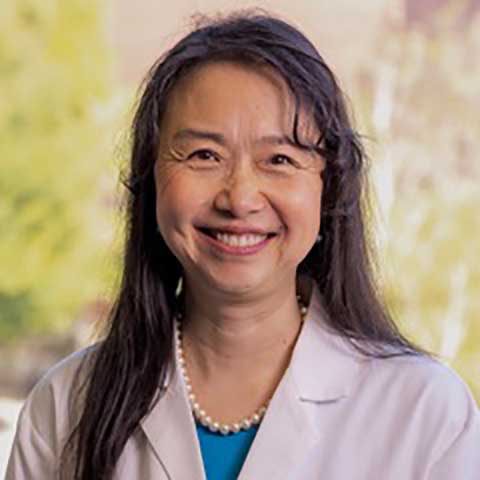 2001 Fellow Ming Guo, M.D., Ph.D., and Laurie and Steven C. Gordon Chair in Neurosciences at the David Geffen School of Medicine at UCLA, strives to gain insight and find cures for neurodegenerative disorders, including Alzheimer’s disease, Parkinson’s disease and frontal temporal dementia.  Because the strongest risk factor of these diseases is aging, Ming seeks to pause, delay or even reverse aging.  “After the age of 65, the chances of getting Alzheimer’s doubles every 5 years,” explains Ming.  “If we can pause aging for five years, we will cut the global burden of Alzheimer’s in half. Slowing aging could also help combat other age-related diseases including heart disease, cancer, diabetes, stroke, immune dysfunction and muscle frailty.”  To this end, the Guo Lab is working not just to prolong life but to help people to enjoy a higher quality of life in their later years.

The Guo Lab is focusing on mitochondria, which provide energy to cells.  Recognizing that the quality of mitochondria declines as people age, and that this phenomenon underlies the pathology of Parkinson’s disease and other neurodegenerative diseases, Ming has been working to reverse the damage to mitochondria in animals and human cells.

In addition to spearheading her lab, Ming is directing the new campus-wide Aging Center at UCLA.  Ming established this interdisciplinary center with an academic career leadership award from the National Institute on Aging.  The center will leverage the talents of many investigators by bringing together faculty members from the Geffen School of Medicine at UCLA, the UCLA Samueli School of Engineering, the UCLA Fielding School of Public Health, and UCLA-affiliated hospitals and California NanoSystems Institute.

Ming actively serves the biomedical community. At the national level, she is a member of the Board of Directors of the American Neurological Association, a member of the board of the McKnight Endowment Fund for Neuroscience, and she served as Chair of the Board of Scientific Counselors of the National Institute of Neurological Disorders and Stroke.  She particularly enjoys serving on the A.P. Giannini Foundation’s Scientific Advisory Committee (SAC), a role she has held since 2014.  The A.P. Giannini fellowship is particularly close to her heart as Ming credits her own fellowship with helping her to make the transition from a postdoc to a faculty member.  The fellowship program has evolved over the years to include communications and leadership training, which Ming says are critically important.  “In the scientific field, we sometimes think we have to bury our heads in our research.  But soft skills go a long way to advancing a fellow’s career.” 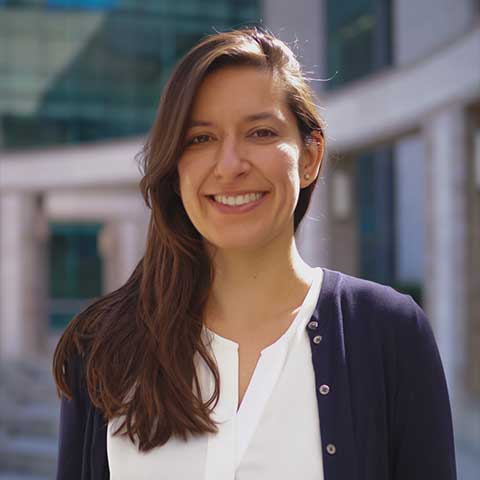 2019 Fellow Kristen Berendzen, M.D., Ph.D., was recently named a UCSF Physician-Scientist Scholar.  This prestigious program  supports early career physician-scientists who have shown exceptional promise to launch an independent laboratory research program. Candidates for this award are nominated by their departments, and recipients of the award receive substantial research support from the School of Medicine, including laboratory space.

Kristen studies the basic neurobiology of social behavior across the lifespan and in disease. She earned her M.D. and Ph.D. at the University of California, San Diego, and completed her psychiatry residency and postdoctoral fellowship at UCSF where she was mentored by Devanand Manoli, M.D., Ph.D.  Kristen’s research is cutting-edge in two ways. First, her research focuses on understanding social attachment behaviors at a neurobiological level.  “Specific neuropsychiatric diseases, such as autism, schizophrenia, and dementia, profoundly impact social attachments,” Kristen explains.  “If we understand the circuitry that underlies social behaviors and how those behaviors become disrupted, we could develop new therapeutic approaches to treat those diseases.” Second, Kristen is applying molecular genetic approaches in the prairie vole, a unique rodent species that forms long-term social bonds, to study attachment behavior as well as the impact of social stressors, like isolation and disease.

As a Physician-Scientist Scholar, Kristen’s focus will shift to aging.  Her research program aims to identify molecular and circuit mechanisms underlying changes in social behavior in healthy aging and in neurodegenerative disease. A particularly exciting aspect of Kristen’s work is the promise it holds for identifying patients who are developing dementia earlier in the process.  In her words: “Family members often note that a patient with dementia developed a pattern of odd social behavior or began to withdraw from relationships with family and friends.  The earliest symptoms of certain types of dementia might be social or behavioral, but they’re often overlooked.  If we can recognize these changes as part of the disease process and intervene earlier, we will likely have better outcomes.”

Kristen credits the communications training that she received as part of the A.P. Giannini Foundation’s fellowship with preparing her for her interview for the Physician-Scientist Scholar Program (PSSP). In the same way that finalists for the A.P. Giannini fellowship give a chalk talk before the Scientific Advisory Committee, Kristen was tasked with preparing a chalk talk for PSSP.  In addition, the Foundation’s leadership trainer, Mari Sciabicca, coached Kristen in her preparation for the PSSP presentation.

Since 2018, the A.P. Giannini Foundation has offered its fellows leadership and communications training in addition to stipend support.  As part of this programming, Executive Coach Mari Sciabica and Journalist-in-Residence Jerry Kay organize virtual alumni/fellow gatherings on topics that are relevant to researchers’ work across disciplines and sectors.  These gatherings are designed to foster community between fellows and alumni and to build upon the leadership and communication skills that are explored during the APG fellowship program.

Alumni collaborated in virtual breakout rooms and shared their passions, strengths, and values – all of which are the building blocks of a vision statement.  By the end of the one-hour interactive session, participants had written first drafts of compelling vision statements.  2017 Fellow Allison Coady, Ph.D., wrote, “To create opportunities for trainees to experience scientific discovery in an environment that is supportive, compassionate, and awe-inspiring.”

In the second half of the session, two fellows who recently completed their postdoctoral training shared their experiences with starting their own labs.  2019 Fellows Lauren Albrecht, Ph.D., and Kristen Berendzen, M.D., Ph.D., discussed the importance of building community and challenges associated with managing, leading, and supporting trainees who have different levels of experience.  A suggestion that emerged from the discussion was developing a Lab Manual that lays out the lab’s mission and sets expectations with respect to the number of hours to be worked, the frequency of check-ins with the P.I., acting ethically, etc.

Former fellows can learn of future virtual gatherings through e-mail notifications and posts on the Foundation’s LinkedIn account.  Please contact the Foundation with suggestions for future topics: