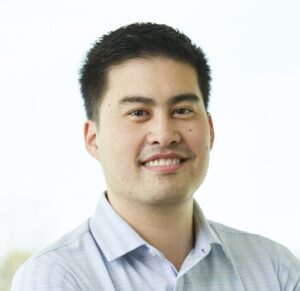 2014 Fellow Mark Chao, M.D., Ph.D., conducted his postdoctoral research at Stanford University School of Medicine under the mentorship of Irv Weissman, M.D., and Ravi Majeti, M.D., Ph.D.  This team of researchers discovered that CD47, a protein found on the surface of many cells in the body, protects cancer cells against attack by the body’s immune system.  Mark and his colleagues further discovered that blocking CD47’s “don’t eat me” signal through the use of anti-CD47 antibodies enables circulating immune cells to destroy cancer cells.  Driven by the desire to have as great of an impact on patient outcomes as possible, Mark co-founded Forty Seven, Inc., to develop a new class of drugs that builds on these discoveries in treating cancer.

In reflecting on his unplanned decision to leave academia, Mark shared that some of his preconceived notions of industry were incorrect.  “For example, I had wondered about the level of scientific rigor [in the private sector],” admits Mark.  “I found that it is just as strong in industry as in academia because the scientific discoveries being made had to directly lead to patient benefit.  My passion for transforming patient care has become stronger since going into industry.”

Forty Seven, Inc. went public in 2018 and was acquired by Gilead Sciences in 2020 for $4.9 billion.  Mark stayed on at Gilead as Vice President for Oncology Clinical Research for a year and a half.  In 2021, Mark co-founded and serves as CEO of TenSixteen Bio, a precision medicine genetics therapeutics company focused on detecting and treating disease at earlier stages.

As Mark reflects on his accomplishments, he offers the following advice: “First, don’t be afraid to take risks and to explore different trajectories and avenues.  I was on the academic path, but an opportunity was put in front of me, and pursuing it was a pivotal decision in my career.  Second, surround yourself with supportive people who are your cheerleaders.”  Mark credits his mentors with seeing his potential and encouraging him to “reach for the stars.”  His wife also encouraged him to entertain the idea of going into industry even though that was not his original plan. “I’ve changed my outlook,” he said.  “I don’t know what next year is going to look like.  But there is opportunity in that.” 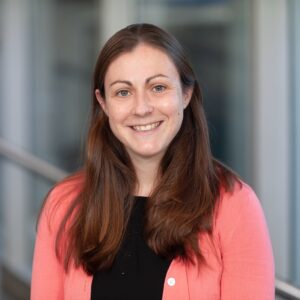 As a postdoctoral fellow in the lab of Nobel laureate David Julius at the University of California, San Francisco, Melinda Diver, Ph.D., studied the link between pain and temperature, both of which are detected by the body’s sensory system.  Now leading her own lab at Sloan Kettering Institute in New York, Melinda is guided by questions around how our bodies sense things in the environment and how we respond.

Melinda’s research has evolved since her postdoctoral fellowship.  She is no longer studying the proteins for sensing hot and cold but is instead looking at a variety of “underexplored” proteins that may be involved in the sensation of pain.

One such protein is thought to enable the body to sense high salt content.  And while Melinda does not anticipate finding a strong correlation between this particular protein and the way in which our body senses pain, the research has the potential to provide new insights into how sensory proteins detect a wide range of physical and chemical stimuli.  “Exploratory research can be the path to truly innovative discoveries,” she explained.  “The truth is you never really know when you’re going to stumble upon something with far-reaching implications.”

Melinda is also exploring the interaction between the pain system and the inflammatory response system.  Understanding the complexities of sensory proteins and their regulatory partners is critical to developing novel alternatives to opioids to improve the quality of life for those suffering from chronic pain.
Melinda credits a very supportive mentor and the A.P. Giannini Foundation’s fellowship with her early career success.  The fellowship’s interview process, which requires candidates to deliver a 10-minute chalk talk about their research, encouraged Melinda to think about “selling [her] science.”  The leadership program addressed skills such as conflict resolution and management practices that researchers do not typically gain in the lab.  “These are skills that people require to head a research program,” she explained.  Melinda also found the communications program to be very valuable. “It is important for society that we make science more accessible to more people.  The pandemic – and misinformation about vaccinations – has been a great example of that.”
To learn more about Dr. Melinda’s research, click here. 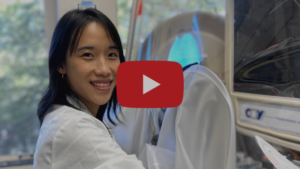 The 2021 fellows have completed six months of one-on-one communications training that helps them explain their important research in a way that other scientists and lay people can understand. The Foundation’s communications training program teaches fellows essential components of a successful presentation. At the conclusion of the program, fellows present their research as part of the Foundation’s video series, “Crossroads: At the Intersection of Research & Medicine.”  Be sure to watch the newest class of fellows discussing their inspiring research.